Redding "over the moon" to land Snetterton pole position

Scott Redding celebrated landing his second pole position of the Bennetts British Superbike Championship season at Snetterton this afternoon by 0.109s from Tarran Mackenzie, with a last lap dash to the chequered flag in a hectic final stage of Datatag Qualifying.

Be Wiser Ducati’s Redding had topped the free practice times, but it wasn’t a perfect final stage of Datatag Qualifying when the red flag was brought out in the opening minutes after Peter Hickman crashed at Murrays. The Smiths Racing BMW rider was unhurt, but his stricken Smiths Racing BMW was in the middle of the track and so the session was briefly stopped.

When the session resumed the nine riders in the fight for pole position had less than four minutes remaining of the final stage of Datatag Qualifying, but Redding kept his composure to claim the top spot, but only just as Mackenzie improved on his final lap.

Redding said: “I’m over the moon to land on my feet and take pole position here today. It’s been great, the track conditions were changing a lot and I wanted to get into the 46s, which I dialled in on the lap that got red flagged which I’m a little bit upset about.

“I was a bit frustrated when I first saw the red flag. It’s a bit like when you hurt yourself and you swear right after, so the same thing happens in the helmet! I was a little bit frustrated to not get a 46s but it is what it is. I can’t cry about it, I’d have been a little bit annoyed if I didn’t get pole position and with that red flag the race control did a great job, they did what they had to do for our safety.

“I feel like we did a good job - the wind had picked up and the track was a little dirty after the rain we had earlier, so I had to adjust my riding style a little bit. I’m just so pleased with that and to get pole. I’ve never raced here and I’ve topped every session so I just need to get some wins tomorrow now!”

Mackenzie held second as he continued his impressive pace on the McAMS Yamaha, but by contrast his teammate Jason O'Halloran had a qualifying session to forget with two separate crashes at Agostini and he will start from row seven tomorrow.

Tommy Bridewell had made improvements throughout the session to set his fastest lap of the weekend; he completes the front row for tomorrow’s opening race in Norfolk. The Oxford Racing Ducati rider had managed to hold off Josh Brookes by 0.105s from Dan Linfoot who equalled his best qualifying performance of the season so far for Santander Salt TAG Yamaha.

Xavi Forés was again in Q3 on his first visit to Snetterton, leading the Honda Racing charge in sixth ahead of Danny Buchan who split the Fireblades with Andrew Irwin eighth fastest with Hickman starting ninth on the grid. 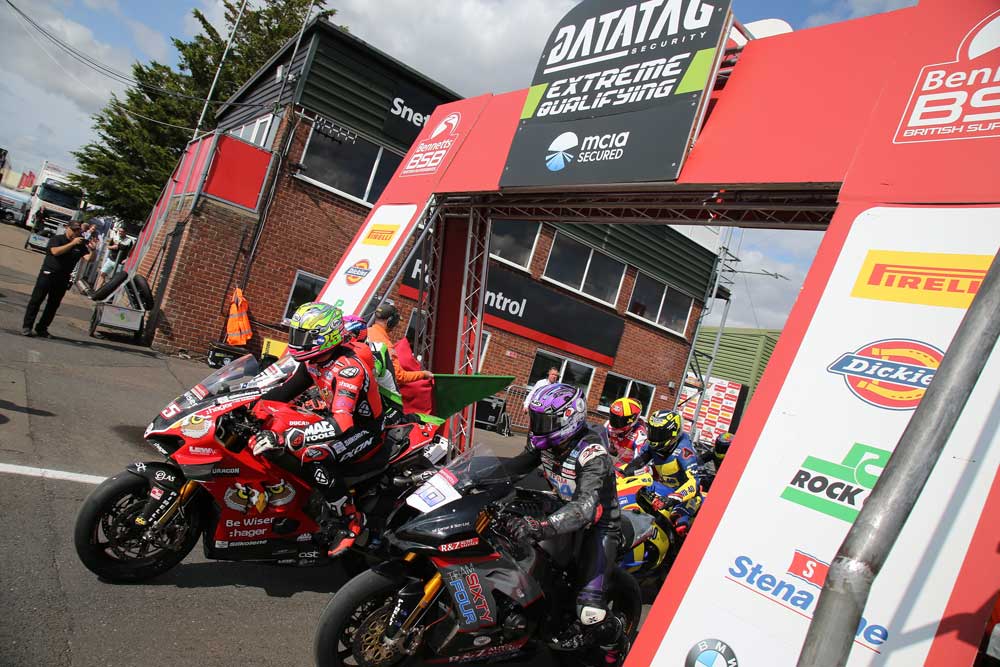 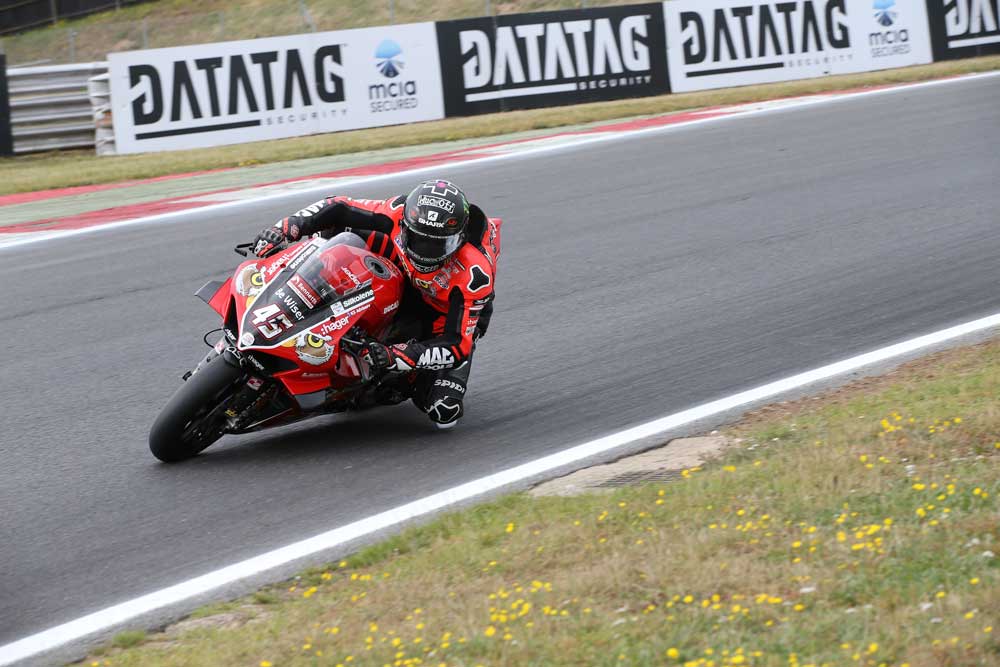 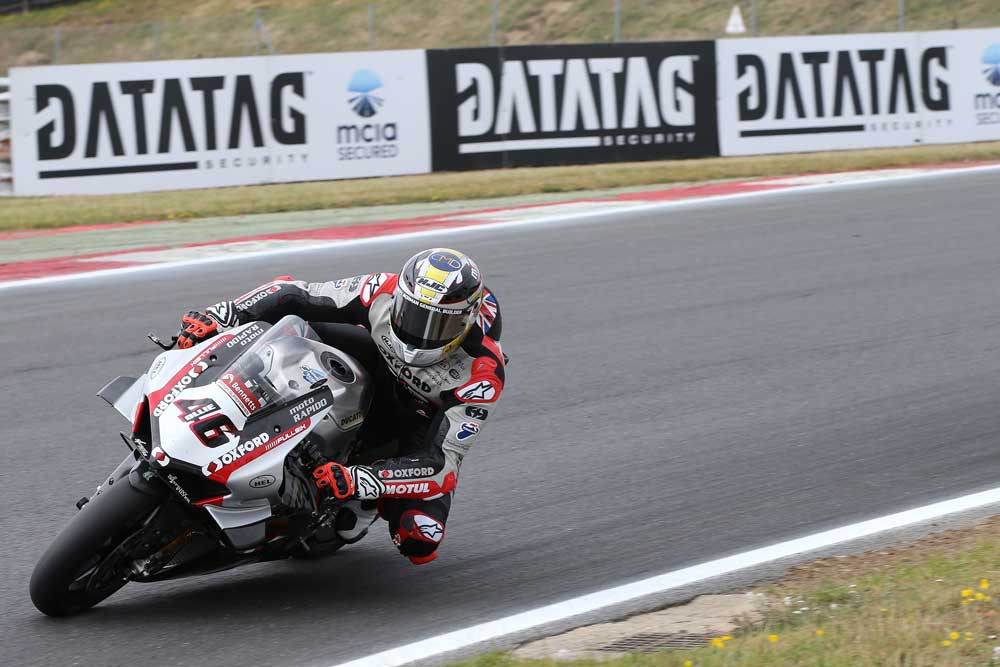 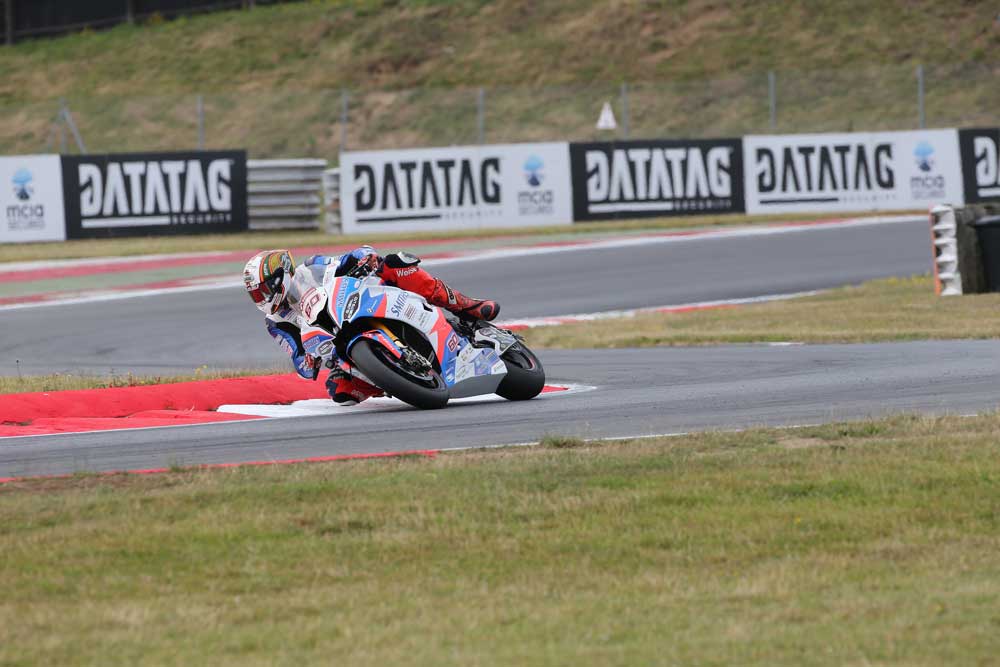 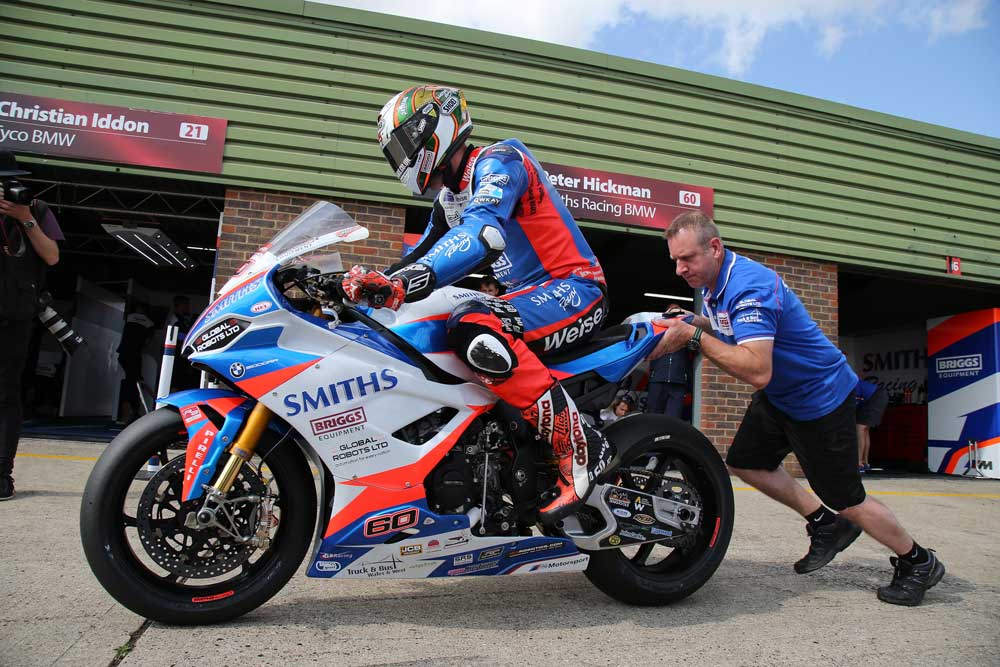 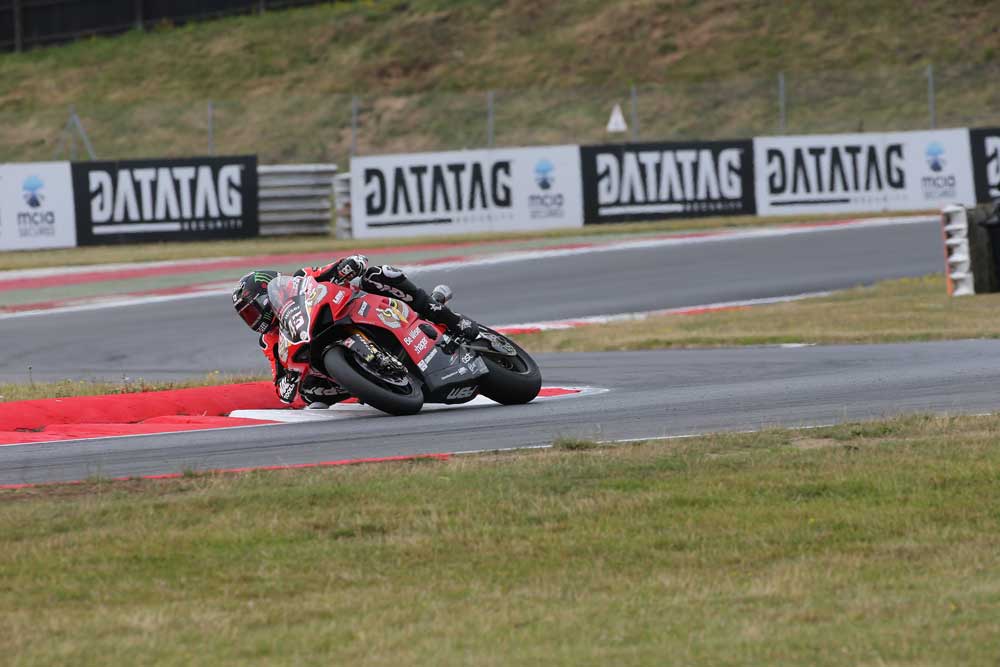 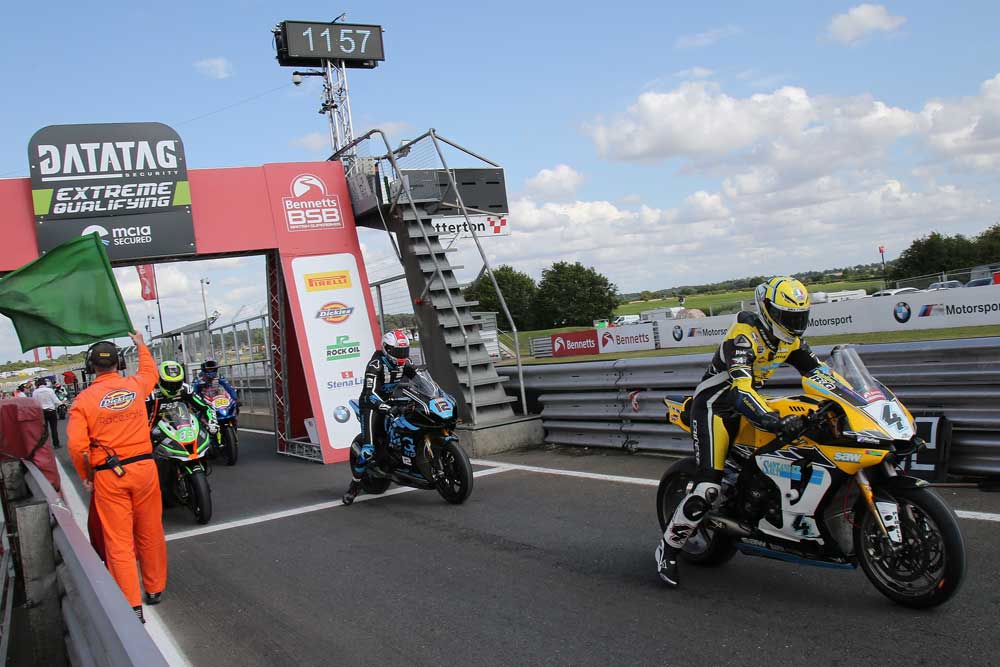 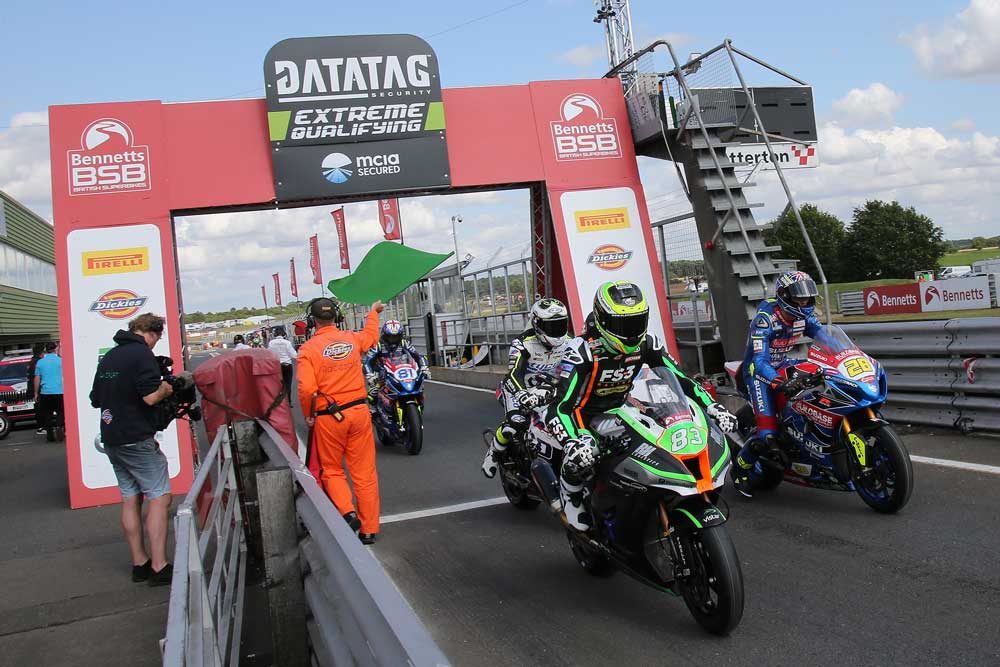 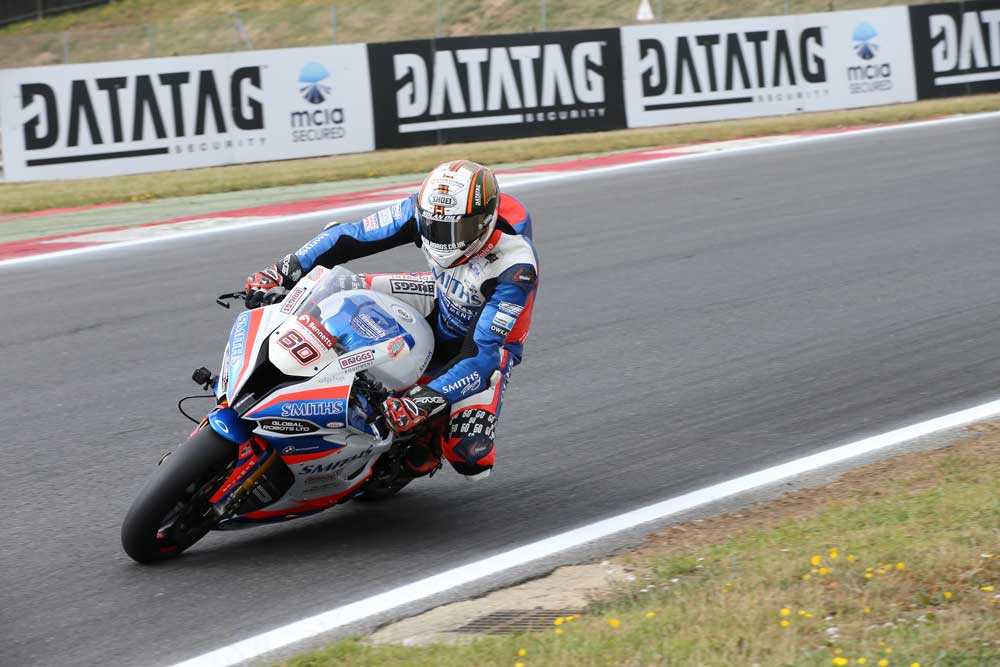